So I know I said I was going to do a wrap-up on my 10x10 challenge, but I basically did it in the last post, and didn't have that many takeaways anyway, so I'm going to bow out of that post.  I might try a similar challenge soon though, and put a bit more time into planning and thinking through it all, and hopefully get it up on the blog.

With that out of the way, it's October, and I'm thinking about my halloween costume uncharacteristically early this year.  I know, I'm probably a tad old to still be playing dress up, but I really, really love costumes.  It's even more fun now that I am actually semi-proficient at making things, so can make something pretty cool, but I generally start thinking about these things like a day or two in advance, so I never do anything too fancy.  I brought back some props for an idea I've had for a while from my trip to Thailand last year, but I need to be in better shape for that costume, so I'm saving it til next year.  It won't be too scandalous, don't worry, I just don't want love handles.  :)

I've been tossing around several ideas in my head over the past few weeks trying to pin down what to do instead, and I think I've landed on some form of a dirndl costume.  I initially thought about doing a dual-purpose renaissance-y costume, so I have one handy the next time I find a Renaissance festival, but I'm liking the idea of German beer girl instead.  Although, my costume from my last festival does have some overlap I think: 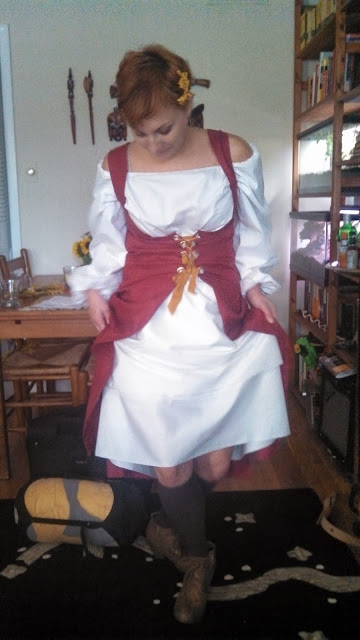 I am wanting my dirndl this year to be a little more high-fashion, if there is such a thing though.  I've perused pinterest and come up with several inspiration ideas: Check out the smocking (?) on the apron! 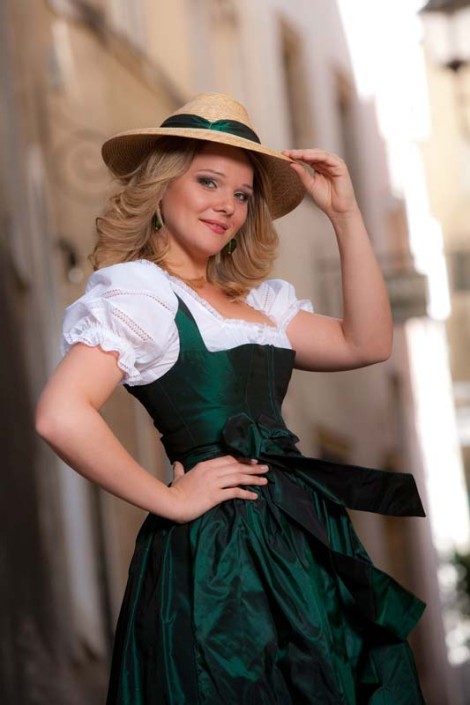 I have no idea what colors or what exactly I want it to look like yet, so I have my work cut out for me!

Posted by McLaura at 5:11 PM No comments: